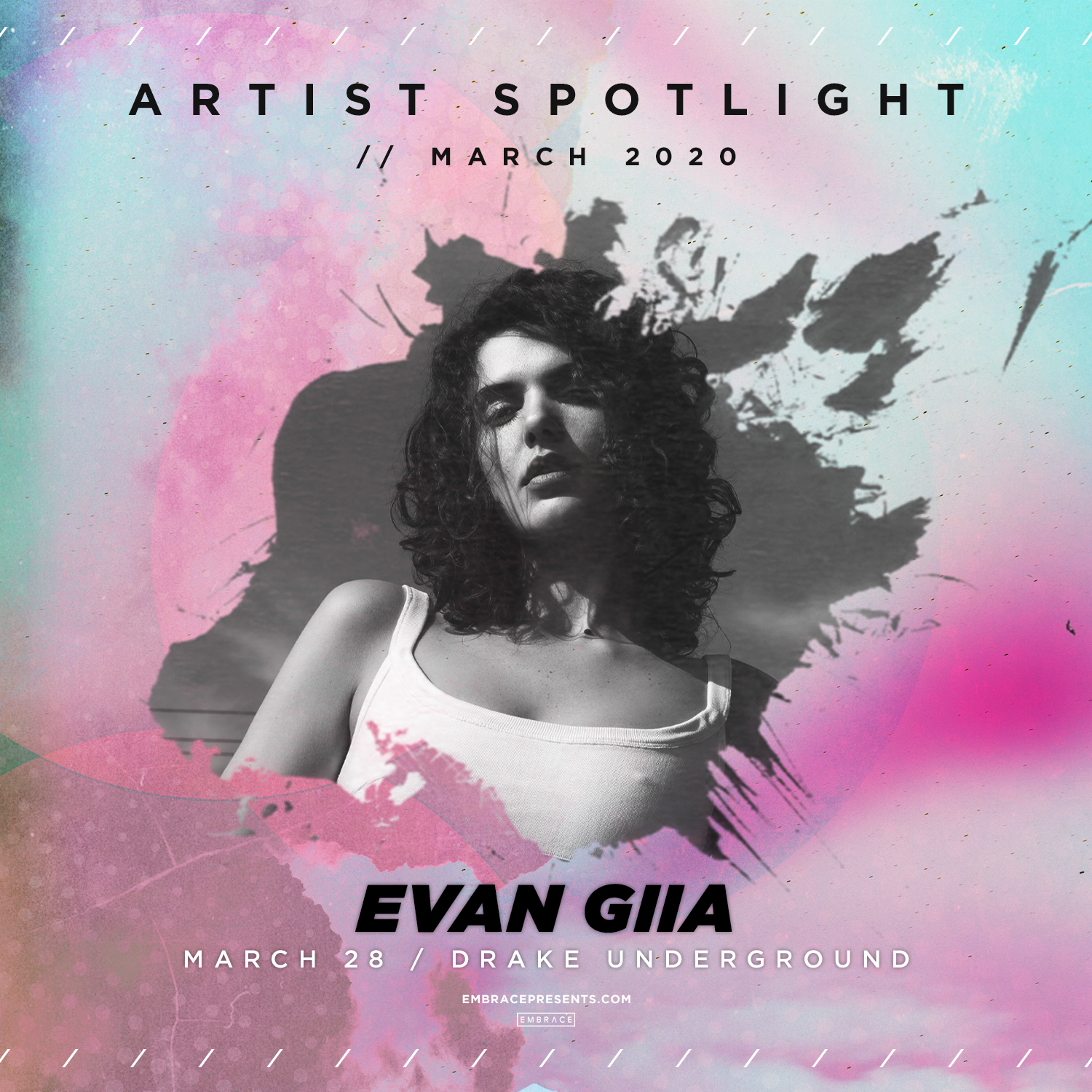 Breakout singer-songwriter EVAN GIIA brings her powerful electronic pop to the Drake Underground on March 28th. Tag a friend on our IG post for a chance to win a pair of tickets, and read up below on why we think she’s the next big thing.

EVAN GIIA is an alt-pop star in the making. Having studied at Berklee College of Music as an opera singer, she has the vocal chops to match the hard-hitting productions she sings over. With only a handful of tracks under her belt, she’s already caught the attention of some big players in electronic, and shows no signs of slowing down.

GIIA’s first release through Odesza’s label, “Westworld,” shot to number one on Hype Machine back in 2018. Since then, she has been in sessions with the likes of Hudson Mohawke, CHVRCHES and What So Not. Her powerful vocals have also earned her opening slots with Odesza, Big Wild, and Jai Wolf.

Don’t miss the Brooklyn-based performer at the Drake Underground for her first Toronto headline set; she won’t be playing intimate rooms for long.