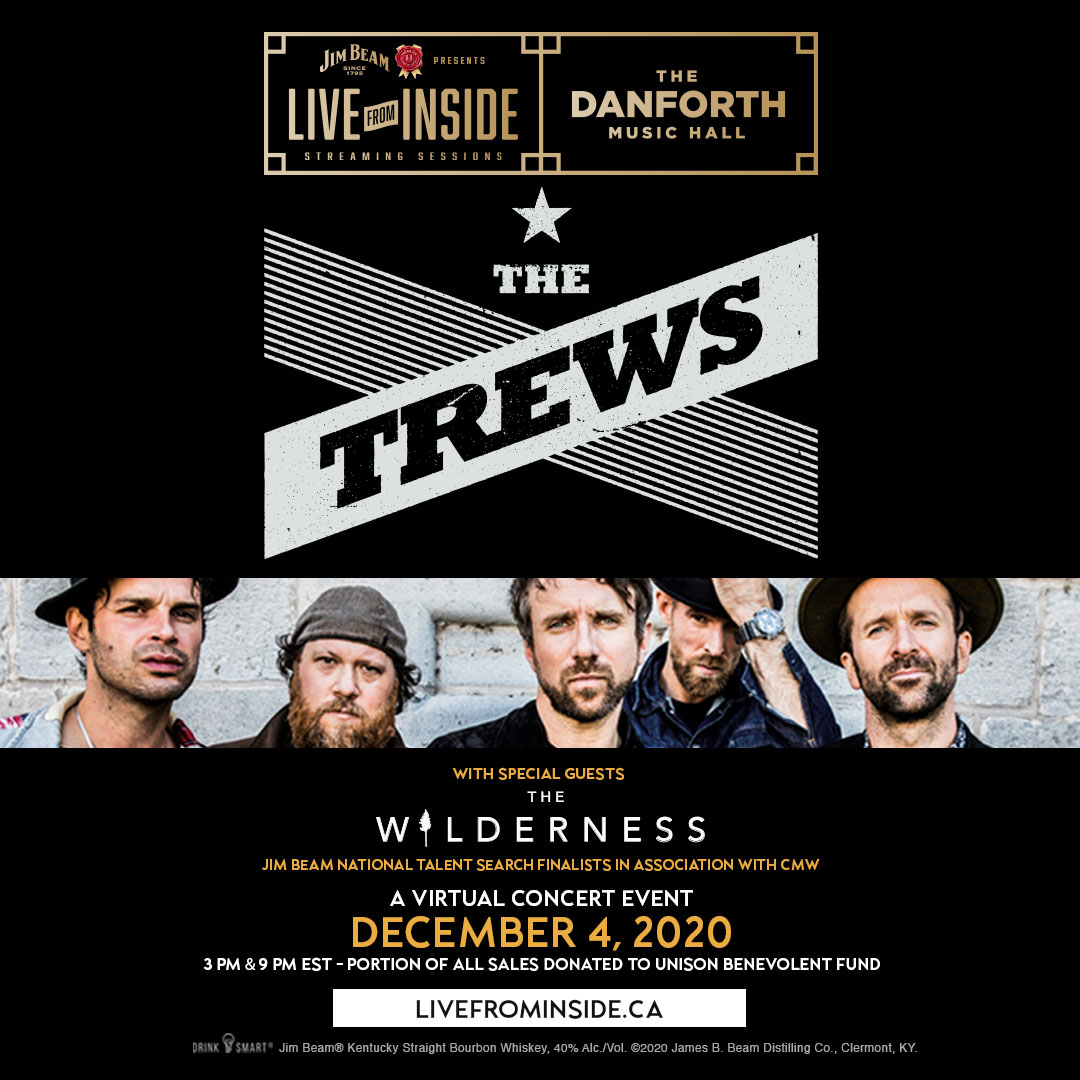 Jim Beam Presents Live From Inside: The Trews (LATE BROADCAST)

With multiple radio hits drawn from six scorching studio albums plus several EPs, a pair of live records, and a retrospective, The Trews are among the most prolific, electrifying, and innovative rock bands on the planet, a fact corroborated by onetime stage-mates the Rolling Stones, Weezer, and Bruce Springsteen. The Nova Scotia-bred, Hamilton, ON-based band has won universal acclaim for both their dazzling live performances and wildly accessible songs. On December 4th, they’ll be taking that talent to living rooms across Canada with a virtual concert broadcasting live from the Danforth Music Hall in Toronto.
$1 from every ticket will go to the Unison Benevolent Fund.
More information, including our FAQ page: https://www.livefrominside.ca/
Jim Beam Bourbon Presents “Live from Inside” showcases incredible live performances broadcast from favourite venues across Canada. Viewers enjoy multi-camera performances with crisp visuals and concert quality audio. Fans are able to purchase tickets, register for access, and then stream live performances in high definition from the comfort of their homes or on the go