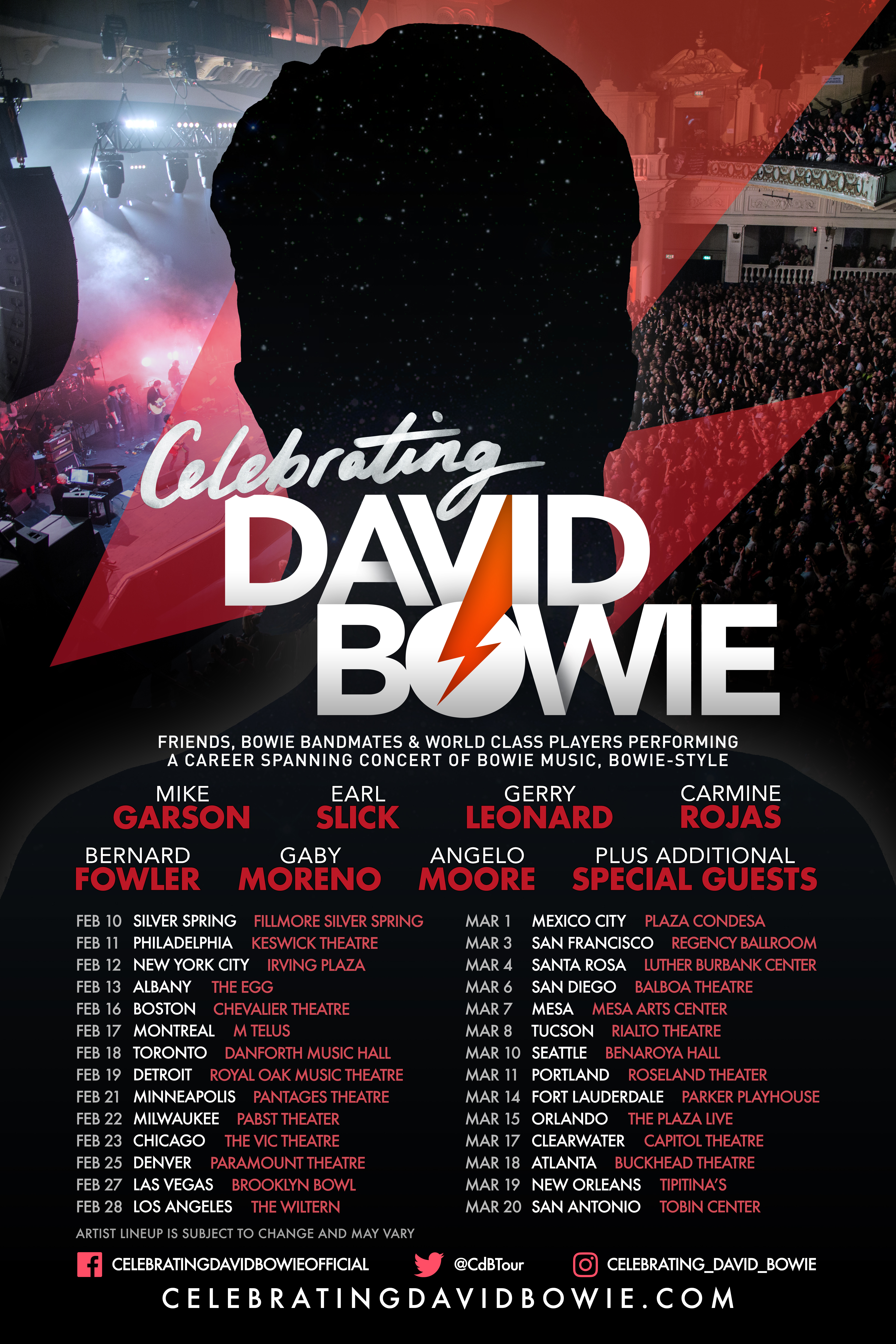 More than just a mere salute, Celebrating David Bowie keeps David’s music alive with musicians who worked closely with him throughout his career and other top musicians greatly influenced by him.

Legendary Bowie touring and recording keyboardist Mike Garson, who collaborated with Bowie for longer than any other player, will be heading up the band along with previous Bowie band leaders, guitarist/vocalist Adrian Belew (Sound & Vision Tour) and guitarist Gerry Leonard (A Reality Tour).

Between them, Mike, Adrian and Gerry have over 30 years experience of recording, writing and playing live with Bowie.