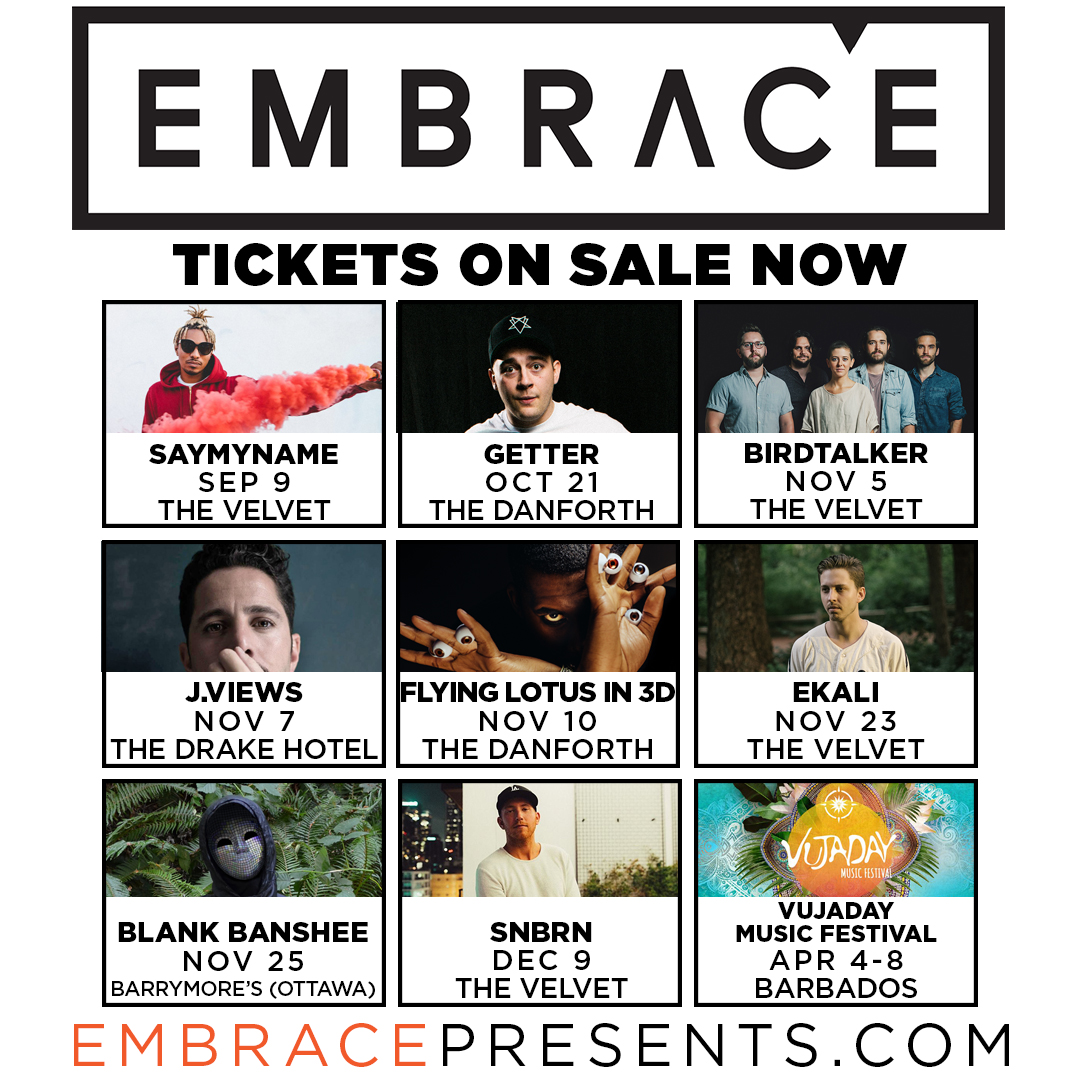 It’s hard to believe we’re getting ready to send off August. The month flew by (with some really big shows, including Princess Nokia playing back-to-back sets at The Velvet and Hunter Siegel taking over Yonge-Dundas Square for a huge NO NEON party.) Our fall lineup is already filling up – and we’ve got some more just announced shows to add to your schedule. Here’s what’s coming up and how to grab tickets.