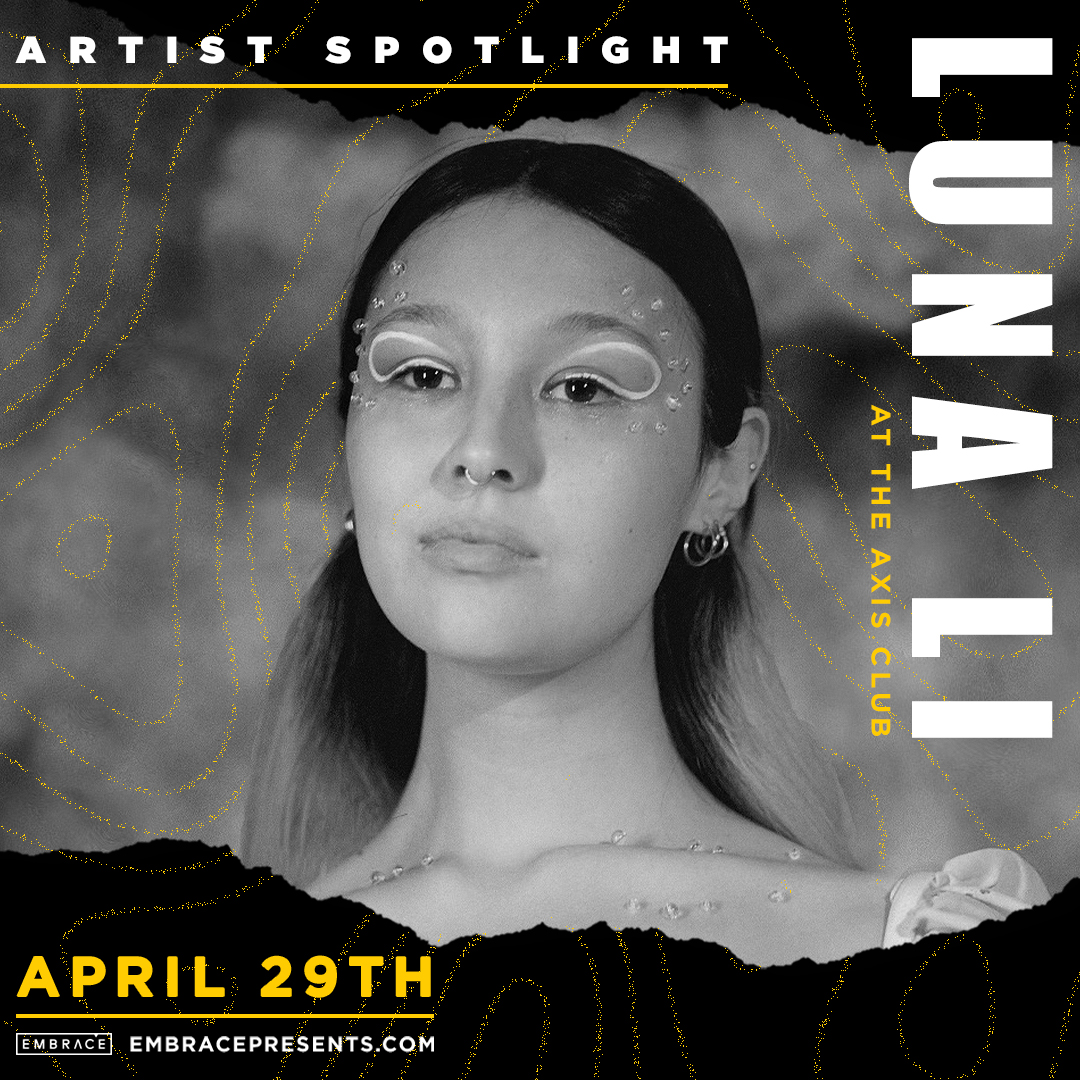 Combining her classical training with her psychedelic and dreamy pop sound, Luna Li has earned the title of “garage rock princess of Toronto.” From performing on the stages of Canadian Music Week and NXNE to rising to viral fame for her “jam” loops on TikTok, she has forged a path for herself that has no end in sight. Learn more about Luna Li in the link in our story, and don’t miss her show on April 29th at the Axis Club.

Luna Li is a Korean-Canadian singer-songwriter. As she began playing the piano at the age of 5 and continued her studies at University, a future not in music has never seemed like a choice for the passionate artist. Her self-titled EP received widespread critical acclaim from Paper Magazine and i-D, and in 2022 NME named her one of the top 100 emerging artists. Combining her classical training with her psychedelic dreamy pop sound, Luna Li has earned the title of “garage rock princess of Toronto.”

In 2017 Luna Li won the SOCAN Foundation Award for Young Canadian Songwriters with her single “Star Stuff.” She has also graced the stages of Canadian Music Week and NXNE, and has gone on to be an opening tour act for Japanese Breakfast. Throughout the pandemic, Luna Li began to rise in viral fame on TikTok for her “jam” loops, eventually culminating into her ‘Jams EP.’ Now, on her debut headlining tour and in celebration of the release of her album, ‘Duality,’ which received attention from NPR, Pitchfork, and more, Luna Li brings her trippy and dreamy sound to the Axis Club on April 29th for a show that is not to be missed.