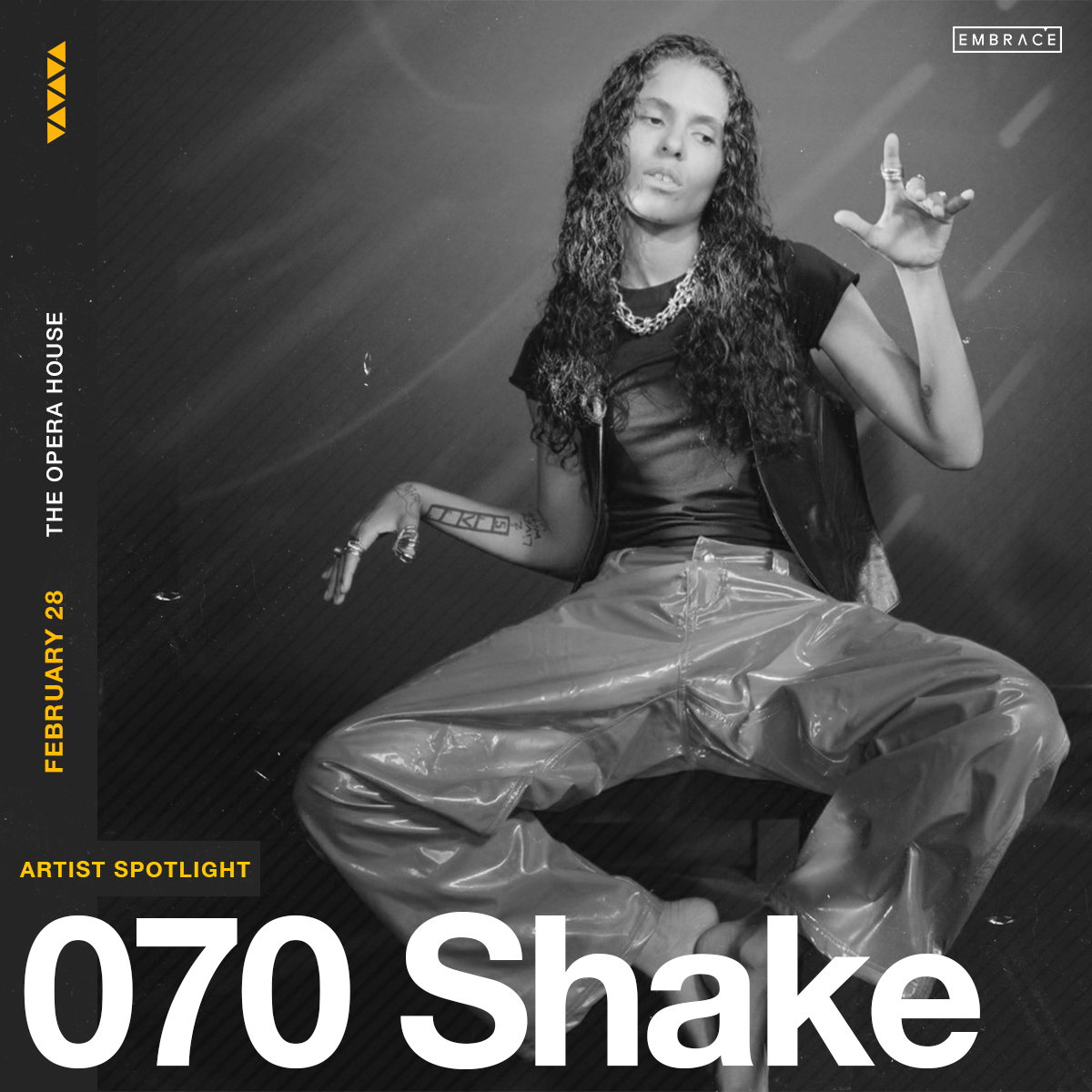 We’re ending this month with singer-rapper 070 Shake at The Opera House on Friday, February 28th! For your chance to win a pair of tix, tag a friend in our IG or FB post and let us know your fave track off ‘Modus Vivendi.’ Read below for why we think 070 Shake is worth the hype:

Hailing from New Jersey, singer-rapper 070 Shake is a fast-rising star on the G.O.O.D. Music’s label. Her gritty vocals and dark productions cut through on her debut album ‘Modus Vivendi,’ and have been met with dozens of rave reviews. Some say it’s a contender to be one of the best albums of 2020.

“Morrow”
“Guilty Conscience”
“Under The Moon”

070 Shake started to make her rise on SoundCloud back in 2016, but her big break was as Kanye West’s protégé, which lead her to being featured on his album ‘ye’ and signing to G.O.O.D. Music. She was initially discovered by Pusha T, who made the introduction to Kanye.

“070 Shake has a voice that sounds invincible.” – The Guardian

“On ‘Modus Vivendi’, she manages to craft a sound that’s anthemic, and built for festivals and clubs; but within the grooves, she’s precise. Nothing feels out of place. This is project sculpted away from current trends.” – NME