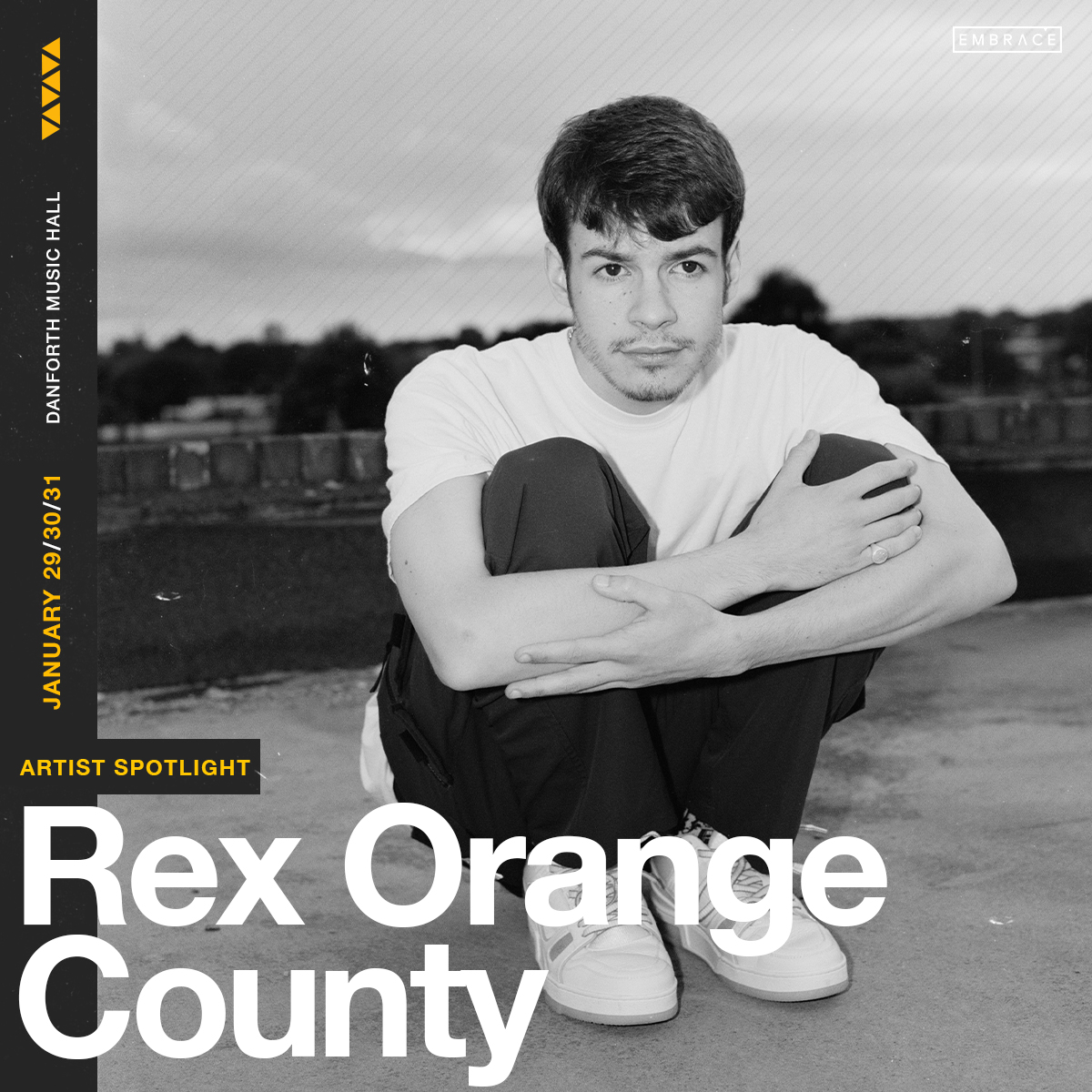 In a couple of weeks, Rex finally touches down in Toronto for three sold out shows at The Danforth on January 29, 30 + 31! Head to our IG post to enter to win a pair of tix to a show of your choice.

Blending elements of jazz, hip hop, and soulful bedroom electronica, British musician Rex Orange County has been taking the indie genre by storm. The popularity of his music is thanks to his relatable storytelling, honesty and addictive melodies that feel at home on your headphones, or on stage at Glastonbury.

“Best Friend”
“Loving is Easy”
“Television / So Far So Good”

Rex’s 2017 album ‘Apricot Princess’ hit viral status and cracked the Billboard Top Ten, positioning him for the mainsteam success that has followed. He’s collaborated with Tyler the Creator, Randy Newman, and Chance the Rapper among others.

His new album ‘Pony’ has earned critical acclaim, and he recently performed “Face to Face” on Ellen, which all suggests this singer-songwriter is on his way to even bigger and better things.