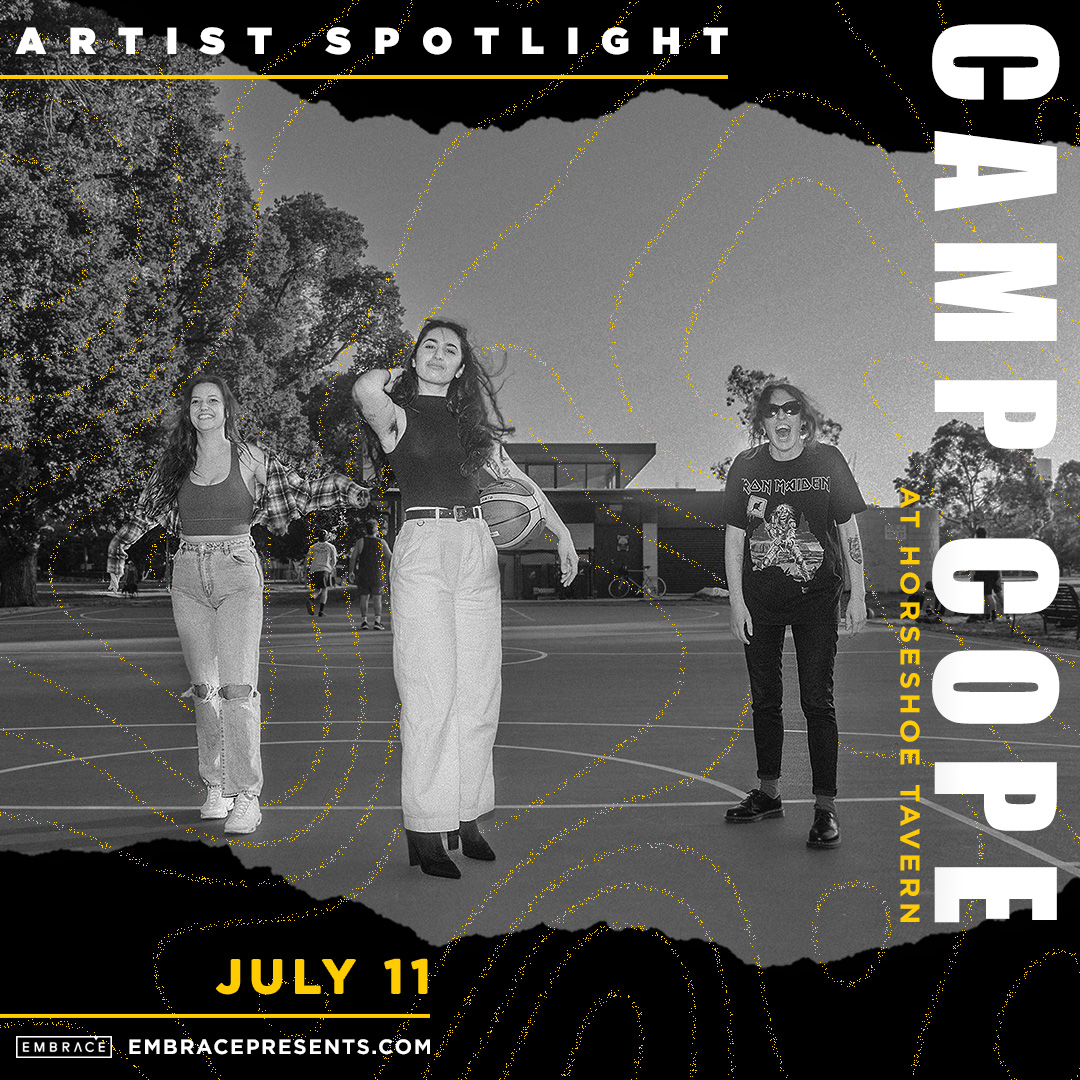 They’ve been described as having an angst-ridden sound, sitting somewhere between confessional folk-punk and lo-fi pop-punk. Melbourne trio Camp Cope broke into the Australian mainstream in 2018 with their top ten-charting sophomore album How to Socialise & Make Friends. Following their first headlining American tour they returned in early 2022 to release their third LP, ‘Running with the Hurricane.’

“Running with the Hurricane”

Camp Cope found immediate fans within the Melbourne punk scene upon their 2016 debut self-titled album, which was nominated for a J Award for Australian Album of the Year. Their 2018 follow-up, ‘How To Socialise And Make Friends,’ was a huge success that saw them nominated for an ARIA Award and debut at #6 on the Australian ARIA Charts.They were also nominated in six categories at the inaugural National Live Music Awards and won the ‘Heatseeker Award’. The group also won Best Emerging Act at the 2016 The Age Music Victoria Awards and in 2019, Happy Mag listed them at no.3 on their list of “the 15 Australian female artists changing the game.”