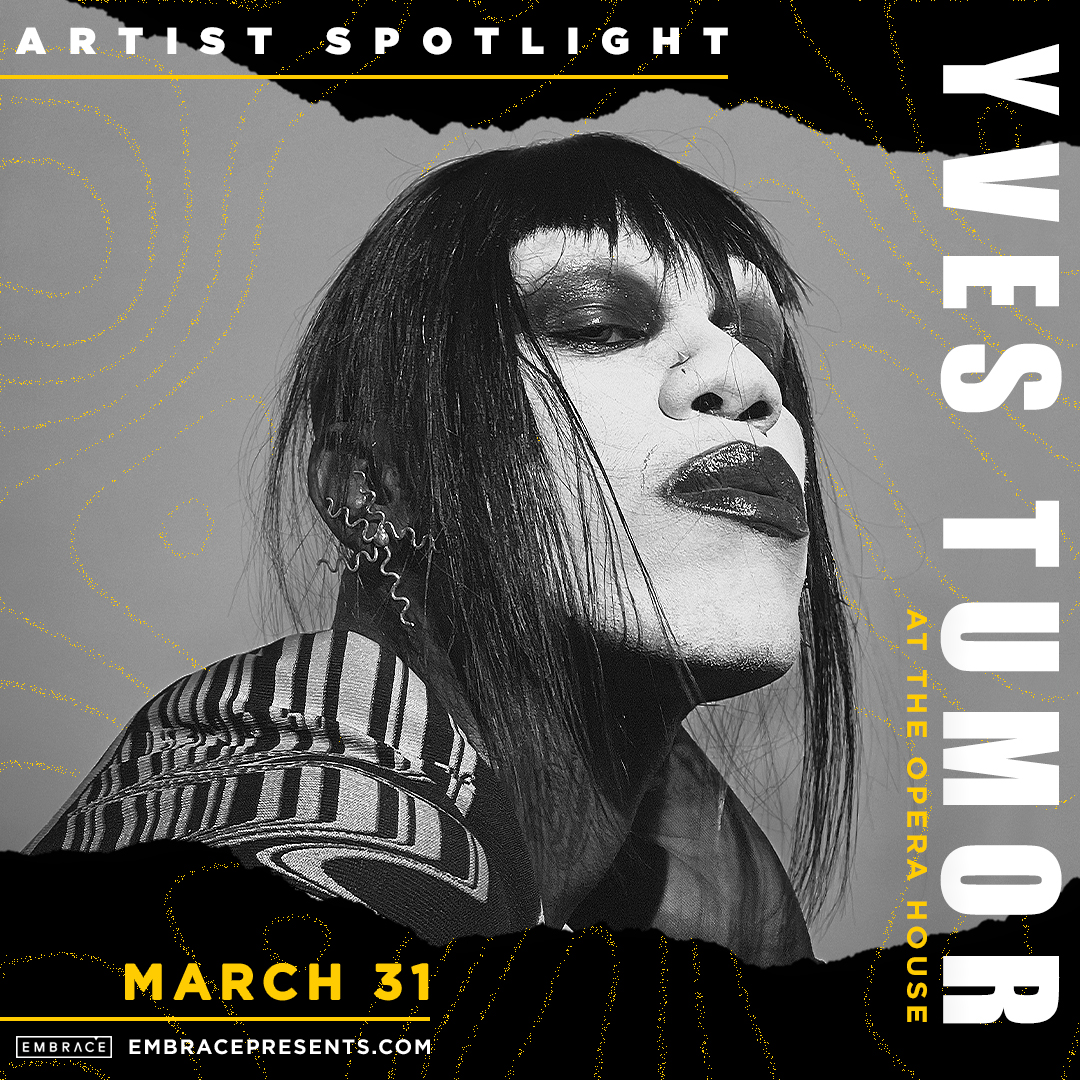 This experimental musicians redefining of rock stardom has not gone unnoticed. With the combining of genres, such as psych rock, alt-R&B, dream pop, and electronica, to create their signature sound, we can definitely see why they have been given such high critical acclaim over the years.

Yves Tumor is an experimental musician, blending elements of psych-rock, electronica, and alt-R&B to create their signature sound. They have been compared to the likes of Dean Blunt and James Ferraro, with their most recent music being likened to Prince and David Bowie.

“Gospel For A New Century”

Yves Tumor, raised in Knoxville, Tennessee, is known for their genre-bending sound and confrontational performances. They have been noted as an associate rapper of Mykki Blanco, contributing heavily to the 2015 compilation ‘C-ORE’. In June 2016, they performed for the fashion brand Hood By Air at their L.A. runway show. Most recently, Yves Tumor released the critically acclaimed EP, ‘Asymptotical World,’ with sounds of gothic rock, dream pop, and electronica emitting through lyrics engulfed in dry humour and subtle playfulness. Their redefining of rock stardom has not gone unnoticed by high-profile publications, such as The New York Times and Rolling Stone. Their unique style, musically and fashionably, is something to not be missed at their upcoming show at the Opera House on March 31st.