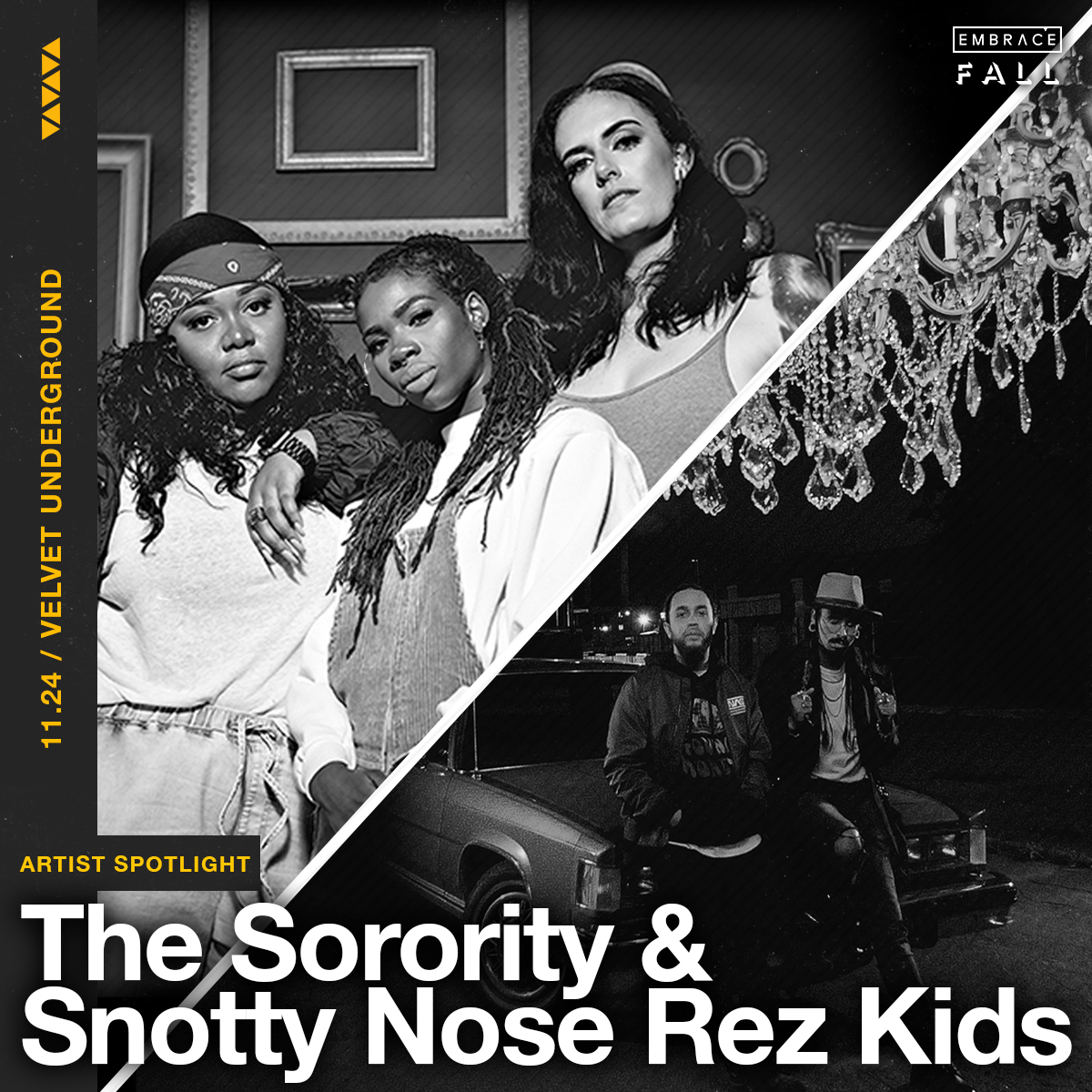 In a few short weeks, see two of the buzziest hip-hop groups performing right now! Read up below, and grab tickets for The Sorority’s & Snotty Nose Rez Kids’ double header at Velvet Underground on November 24th at bit.ly/VELVETx1124

The Sorority hit the scene back in 2016 when the GTA natives’ all-female cypher (freestyle rap session) went viral, inspiring members Haviah Mighty, Lex Leosis, and Keysha Freshh to put their solo careers on hold to bring their 90s inspired, lyrical rap to a bigger audience.

Snotty Nose Rez Kids are a First Nations hip-hop duo from Kitamaat Village, BC, who rose to attention after dropping three huge albums in as many years, proving they can consistently deliver quick, impactful rap over trap beats to the delight of their growing fanbase.

Hip-hop groups are less common than they used to be, and these two have brought their stories to the mainstage in a big way. The CBC, NOW Magazine, Exclaim!, and the rest of the Canadian media have been following these groups from the start, and a slew of JUNO and Polaris nominations have followed.

The Sorority & Snotty Nose Rez Kids have made a name for themselves by offering a new perspective in the hip-hop community, delivered through their solid lyricism and production. Don’t miss your chance to see these two acts live on November 24th, especially considering this will be The Sorority’s last performance as a group before they focus on their solo careers.