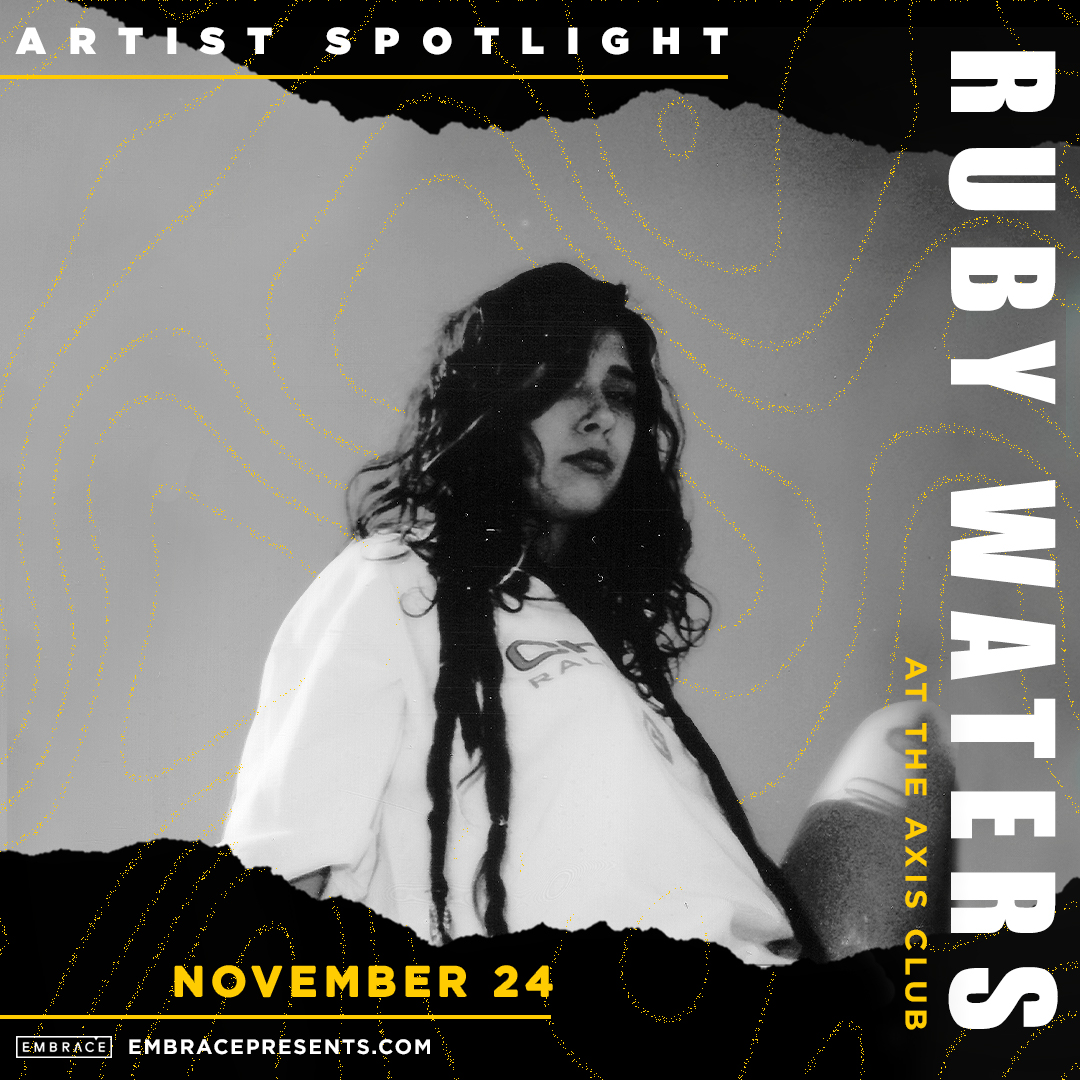 Performing to a sold-out crowd at the Axis Club on November 24th, her sudden rise to fame has impressed both fans and critics, and once you give her a listen, you’ll instantly know why.

Ruby Waters is a Toronto-based indie singer-songwriter of Metis and Slovakian heritage. She’s often praised for her effortlessly raw and raspy vocals. Her career took off after her single, “Sweet Sublime” went viral on Reddit. Since then, she has been named as one of Canada’s rising artists to watch.

Ruby Waters has quickly amounted to fast-rising fame and critical acclaim over the past two years. After releasing her debut EP, ‘Almost Naked’, in 2019, she was hand-picked to tour as an opening act for City and Colour. Her two songs, “Supernatural” and “Quantum Physics”, have received 6 million Spotify streams combined, resulting in Ruby Waters peaking at #5 on Canadian Alternative and Rock radio and being chosen as Spotify’s Radar Artist at the end of 2020. It’s no doubt that she’s someone to keep an eye on, as she performs a sold-out show at The Axis Club on the 24th of this month.