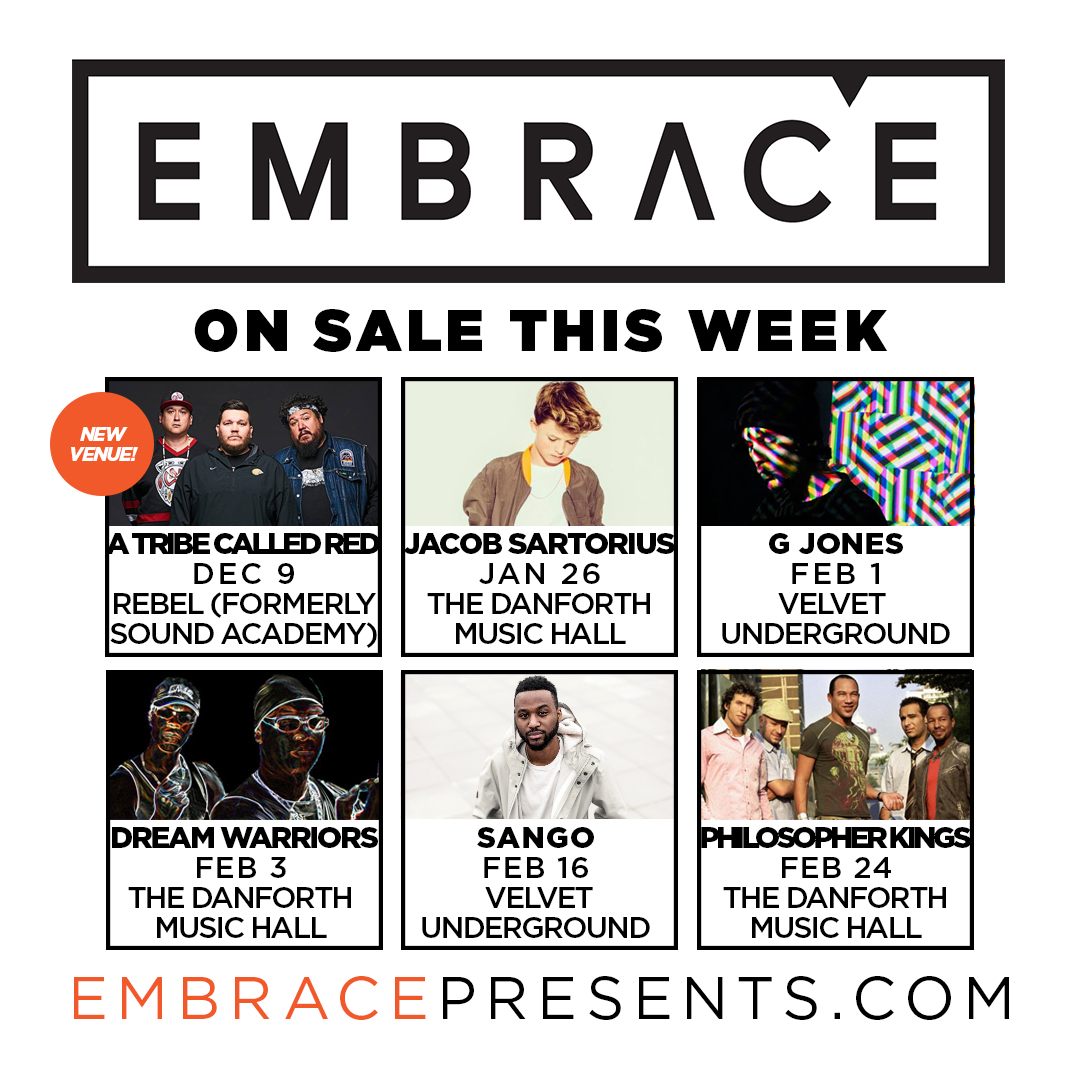 What’s on your calendar for 2017? If you’ve been paying attention to our Facebook page, Twitter feed, and Instagram you’ve probably noticed we’re already announcing a lot of great shows for the new year. This week was another busy one – and here’s a recap of what’s been announced and how to get your tickets.

A Tribe Called Red w/ Saul Williams
December 9 @ Rebel (formerly Sound Academy) *new venue*
Due to overwhelming demand, the A Tribe Called Red show originally scheduled for The Phoenix Concert Theatre has been moved to Rebel. Previously purchased tickets are valid at the new venue – and this is good news if you were looking for tickets because we just released some more!
Tickets: http://bit.ly/2gOGR4r